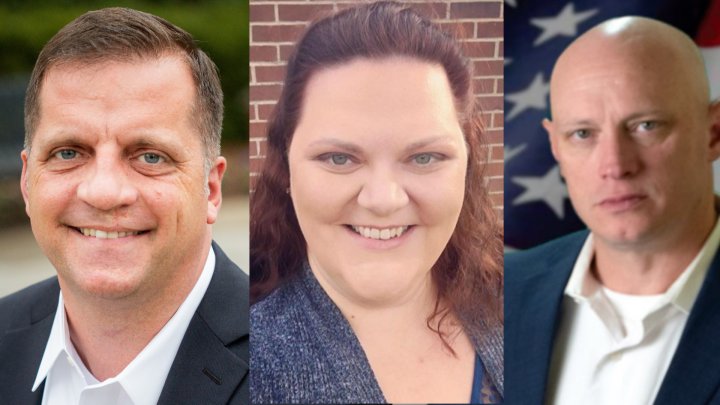 WASHINGTON (Gray DC) -- After the coronavirus crisis delayed voting in Virginia, Tuesday is finally the re-scheduled Election Day. Voters will decide which Republican candidate will go up against Democratic Senator Mark Warner in November.

Three Republicans are competing for the GOP nomination. A number of conservative leaders are backing Daniel Gade, a retired U.S. Army lieutenant colonel whose right leg was amputated in combat. He’s now a professor at American University. Army Reservist Thomas Speciale and civics teacher Alissa Baldwin will also be on the ballot Tuesday.

“It would be an absolute shock to me if a virtually unknown Republican candidate is able to upset a strong incumbent like Senator Warner," said Rom.

In 2014, Republican Ed Gillespie came within one point of defeating Warner in the Senator’s last re-election campaign. But since then, Rom says Warner has remained popular and respected among Virginia voters.
Rom also points to the blue areas in the Commonwealth surging with population growth.

“It’s really going to be hard for the Republicans to pick up any of those seats unless somehow Republicans are able to persuade more of the moderate voters, the Independent voters, white suburban voters, and in particular, female voters," explained Rom.

Rom says the President also plays a heavy role in the elections. Rom says in order for the GOP to be revived in Virginia, the economy would need to start making a come-back, the COVID-19 pandemic would need to be kept at bay, and the civil unrest would need to be calmed - all before voters go to the ballot boxes.

"If President Trump can say under my leadership, America is on the road to recovery, and is able to persuade enough other voters to vote Republican, that is the only thing that I think is going to save a Republican candidate in Virginia in 2020," said Rom.

Virginia Republicans have not won a statewide race since 2009 and in 2016, President Donald Trump lost in the Commonwealth by five points.

Monday, Warner announced he is challenging the winner of the June 23, Republican primary to three general election debates in the 2020 Senate election in Virginia. The campaign would like for one debate to focus on issues of racial equality and justice.

The Cook Political Report and UVA’s Center for Politics both predict that the Virginia Senate race is solidly in the Democrats’ favor this November.