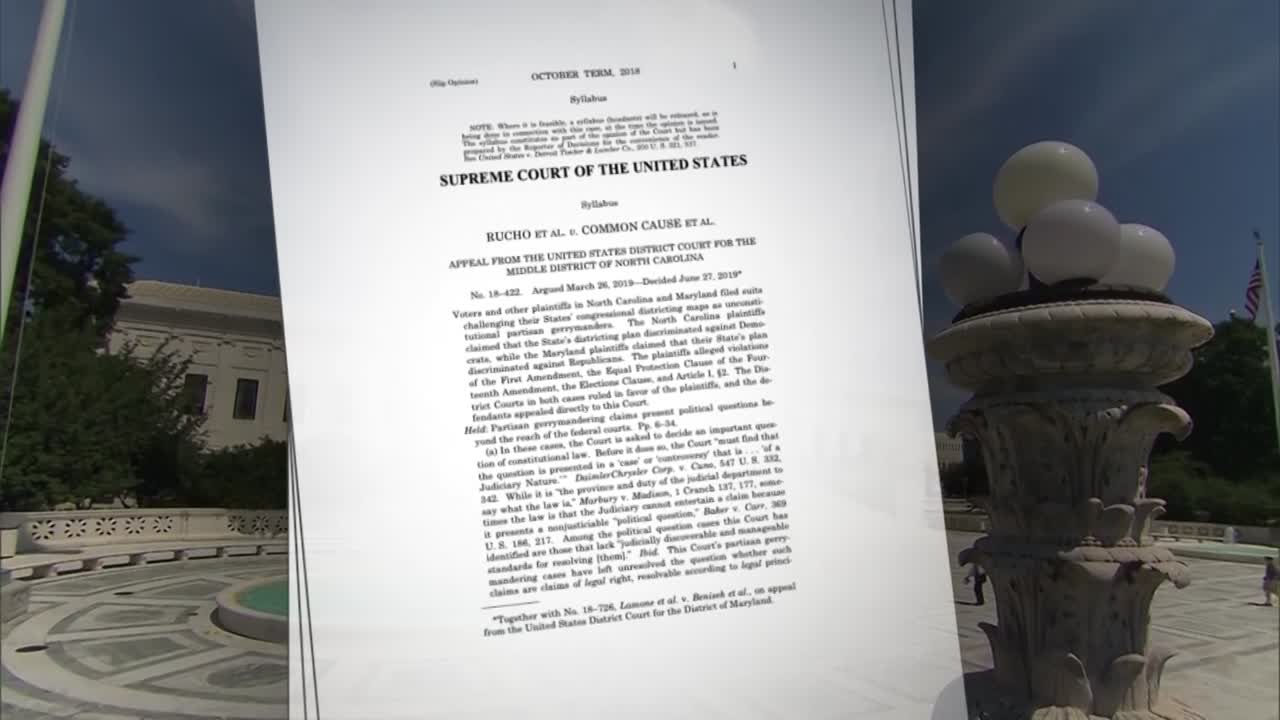 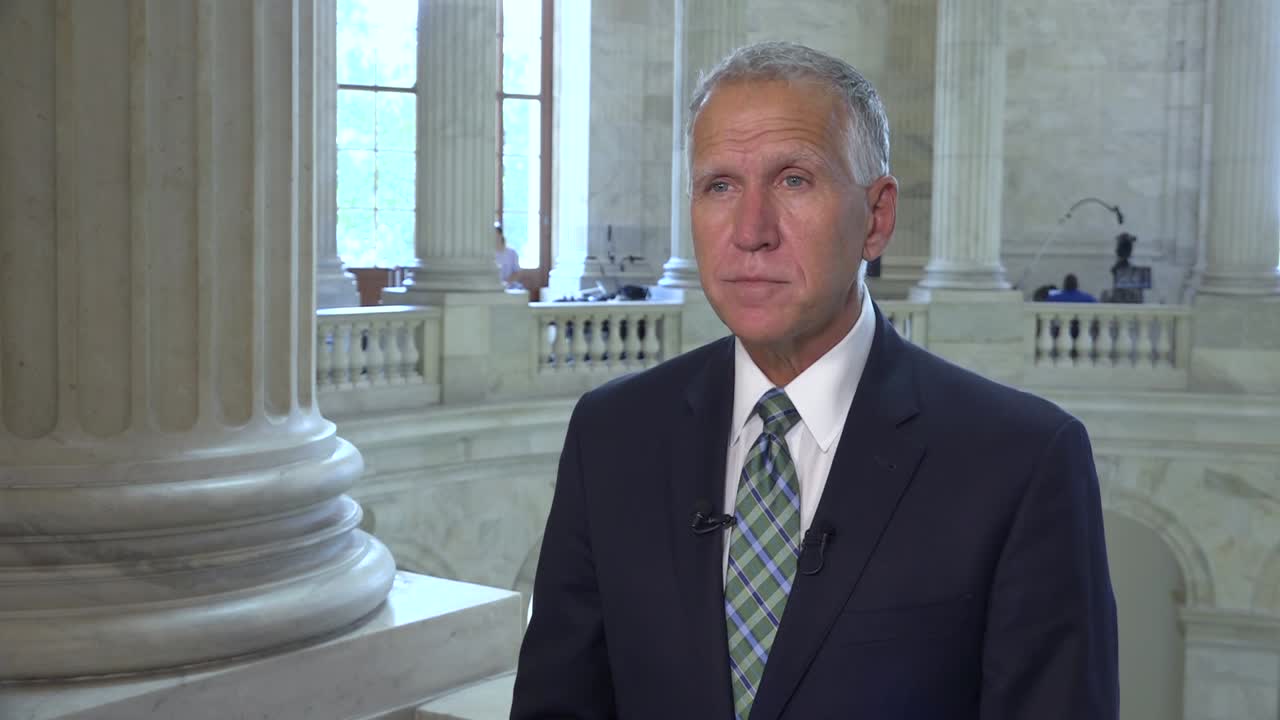 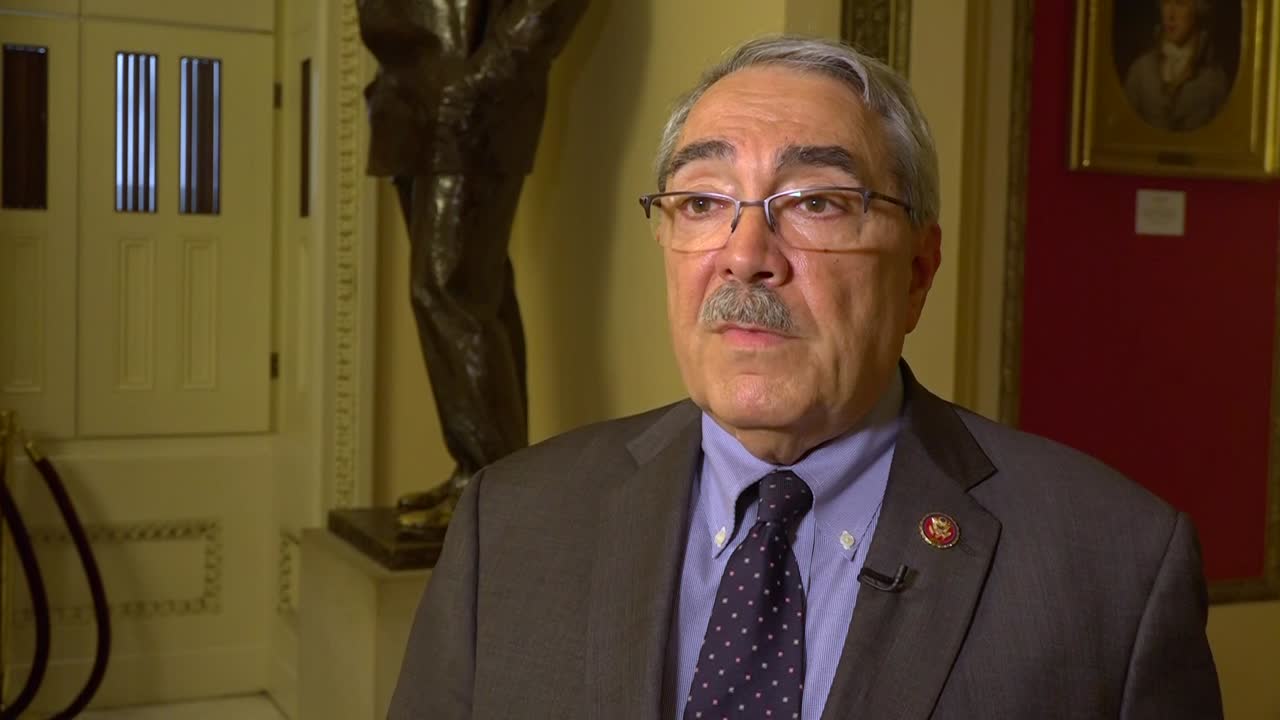 WASHINGTON (Gray DC) -- On its final decision day of the year, the U.S. Supreme Court determines it does not have the power to overturn political maps drawn for political purposes, a process known as gerrymandering.

Supreme Court holds it does not have authority to weigh in on political gerrymandering for political gain. (Source: Gray DC)

The ruling split the court's justices - 5-4 - along conservative and liberal lines as it considered two cases.

In both cases it’s clear lawmakers – Republicans in North Carolina and Democrats in Maryland -- drew political boundaries to ensure their parties would have more than their fair share of power in Congress.

But, in writing the Supreme Court’s majority opinion, Chief Justice John Roberts concluded that neither the constitution nor federal law gives federal courts the power to toss out the maps.

"No one can accuse this Court of having a crabbed view of the reach of its competence," he wrote, "but we have no commission to allocate political power and influence in the absence of a constitutional directive or legal standards to guide us in the exercise of such authority."

Justice Elena Kagan wrote the liberal dissent – and argued these cases are extreme enough that the court should have stepped-in. She wrote that the ruling allows lawmakers to pick their voters rather than voters electing the candidates they want, "the partisan gerrymanders here debased and dishonored our democracy, turning upside-down the core American idea that all governmental power derives from the people."

Thursday’s ruling means federal courts will no longer consider gerrymandering cases where there are concerns that districts are drawn with political motivations.

Sen. Thom Tillis (R-NC) and Rep. G.K. Butterfield (D-NC) reacted quite differently to Thursday's ruling. Their interviews can be seen in the video tab above.

Paul Smith, a Georgetown Law School professor and attorney with the Campaign Legal Center, argued a similar case last year. In that case, he asked the Supreme Court to throw out political maps in Wisconsin. He sat down with Gray TV’s DC team Thursday to discussed what Thursday’s ruling means moving forward.

Kyle Midura – Washington Correspondent:
How is this case different from those that preceded it?

Paul Smith - Georgetown Law:
The arguments have always been the same, that it’s too hard to establish appropriate standards. What really changed this time was Justice Kennedy retired and was replaced by Justice Kavanaugh, so there were five votes to definitively say this issue doesn’t belong in the federal courts. So you wouldn’t expect a gerrymandering case to get back up to the Supreme Court, at least for the foreseeable future.

KM:
So if I understand it correctly, the majority didn’t hold that political gerrymandering is a good thing. They basically said this is just out of our bounds, it’s out of our jurisdiction.

PS:
It said this is the kind of problem that we are going to say the courts can’t fix. We can’t come up with clear enough standards so we’re gonna let you go try to get a fix from Congress, or from the state legislatures or from amending the constitutions in your states.

KM:
Given you wanted the court to rule in the other direction on this case, do you have faith that either state legislatures or the U.S. Congress will ultimately write a piece of legislation either granting the court that permission or forming some form of regulation around gerrymandering?

PS:
I think this decision will galvanize people even more than they already are to work to protect democracy. People are very sick and tired of the idea that legislators can decide in advance that one party is going to control the state for a whole decade.