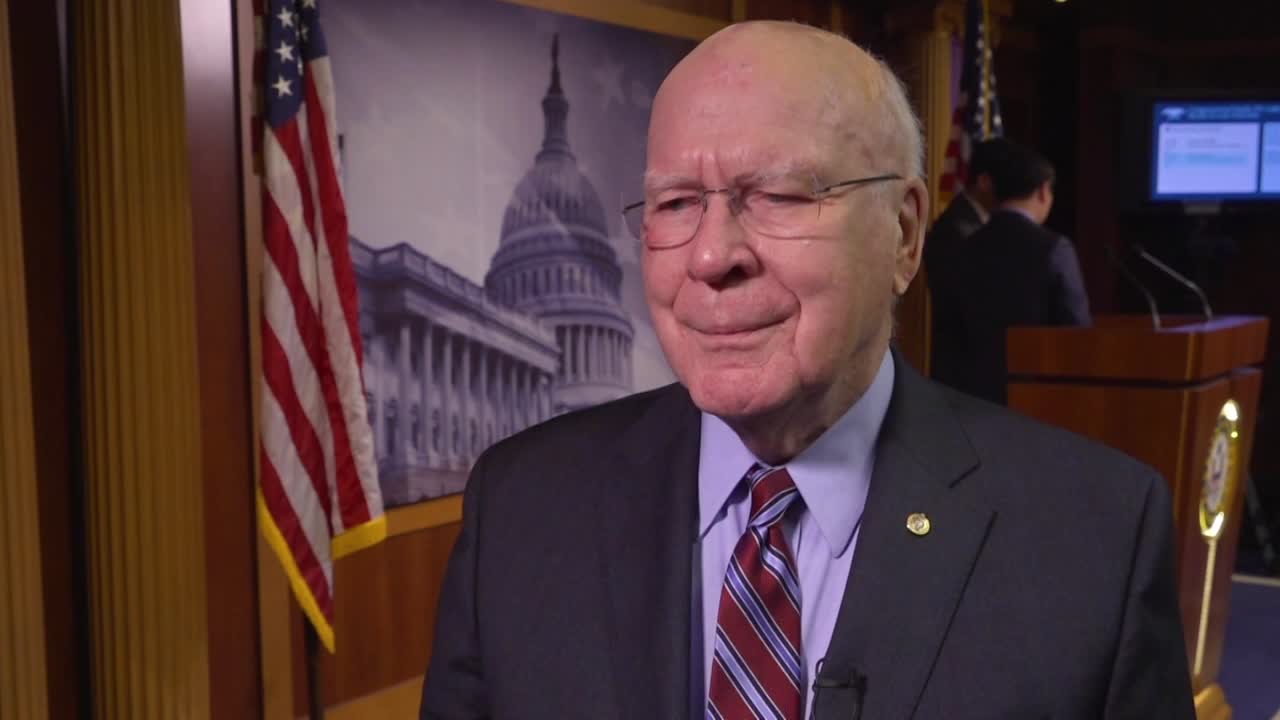 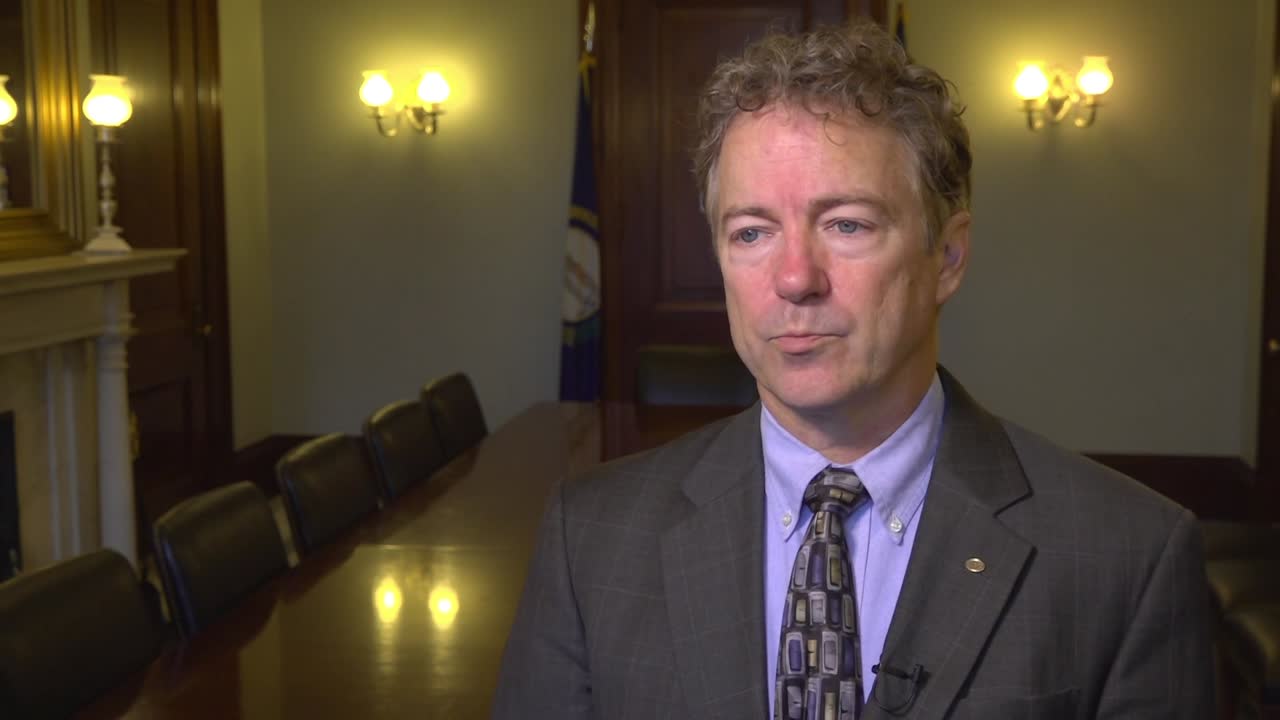 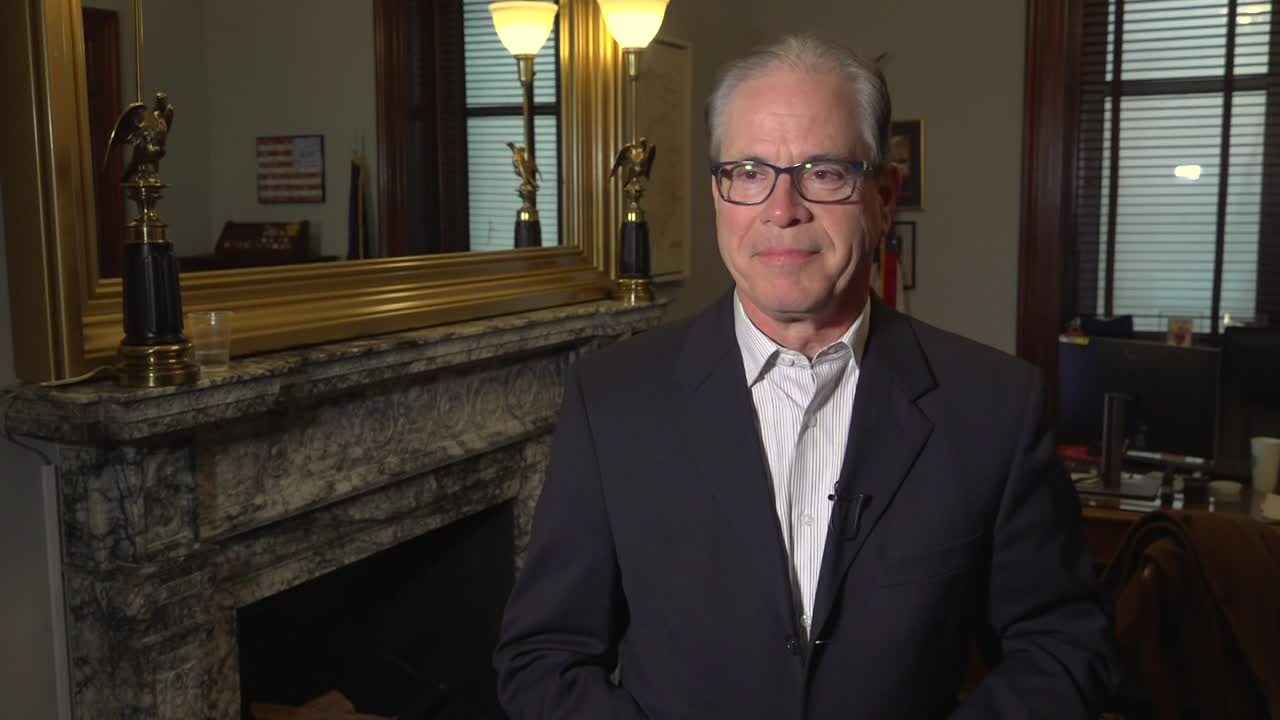 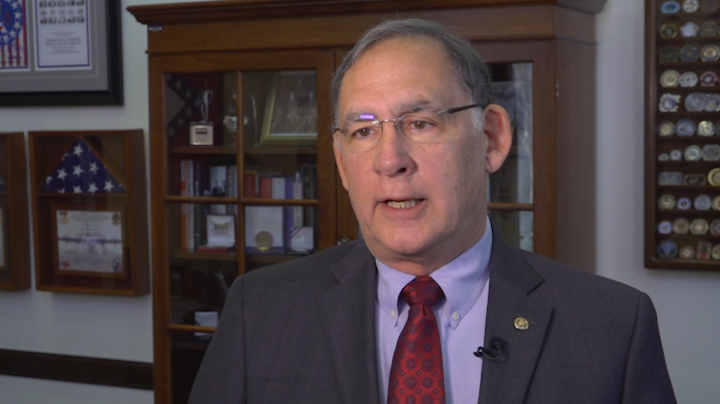 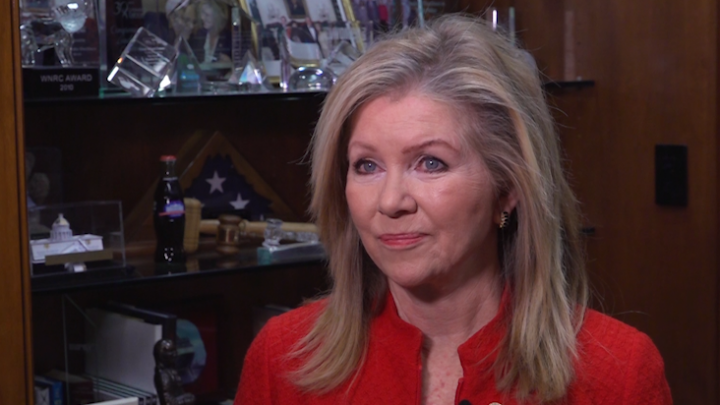 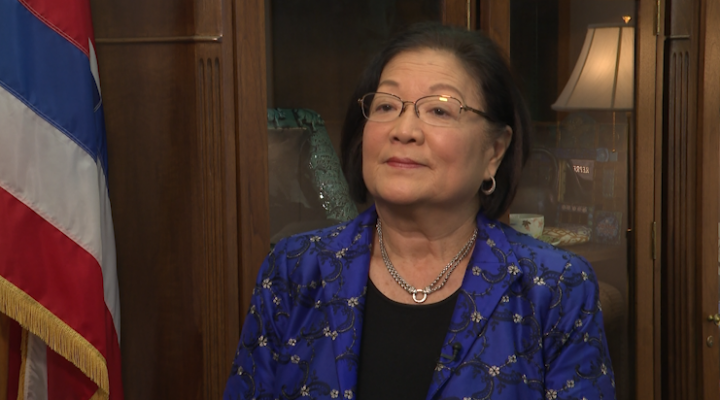 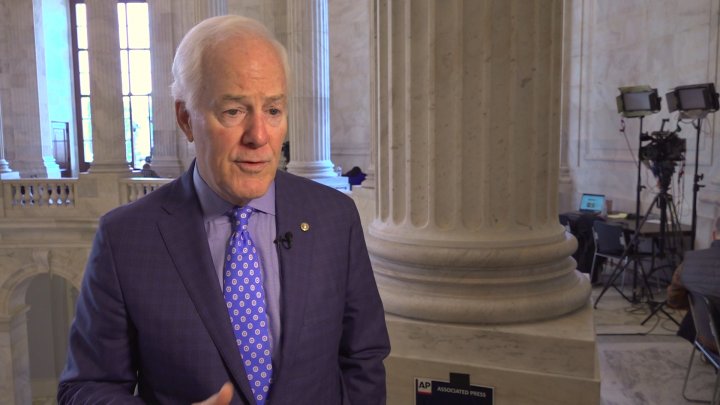 In this image from video, Alan Dershowitz, an attorney for President Donald Trump, walks from the podium after speaks during the impeachment trial against Trump in the Senate at the U.S. Capitol in Washington, Monday, Jan. 27, 2020. (Senate Television via AP)

The president's defense team started their arguments on Saturday and are expected to complete them on Tuesday.

The arguments come amidst mounting pressure for Senators to summon John Bolton to testify at the impeachment trial, even as Trump’s lawyers mostly brushed past extraordinary new allegations from the former national security adviser and focused instead on corruption in Ukraine and historical arguments for acquittal.

Outside the Senate chamber, Republicans grappled with claims in a forthcoming book from Bolton that Trump had wanted to withhold military aid from Ukraine until it helped with investigations into Democratic rival Joe Biden. That assertion could undercut a key defense argument — that Trump never tied the suspension of security aid to political investigations.

The revelation clouded White House hopes for a swift end to the impeachment trial, fueling Democratic demands for witnesses and possibly pushing more Republican lawmakers to agree. It also distracted from hours of arguments from Trump's lawyers, who declared anew that no witness has testified to direct knowledge that Trump's delivery of aid was contingent on investigations into Democrats. Bolton appeared poised to say exactly that if called on by the Senate to appear.

“We deal with transcript evidence, we deal with publicly available information," Trump attorney Jay Sekulow said. “We do not deal with speculation."

Trump is charged with abusing his presidential power by asking Ukraine's leader to help investigate Biden at the same time his administration was withholding hundreds of millions of dollars in security aid. A second charge accuses Trump of obstructing Congress in its probe.

On Monday, Trump's attorneys, including high-profile lawyers Ken Starr and Alan Dershowitz, launched a historical, legal and political attack on the entire impeachment process. They said there was no basis to remove Trump from office, defended his actions as appropriate and assailed Biden, who is campaigning for the Democratic nomination to oppose Trump in November..

Former Florida Attorney General Pam Bondi devoted her presentation to Biden and his son, Hunter, who served on the board of a Ukraine gas company at the same time his father was leading the Obama administration’s diplomatic dealings with Kyiv. The legal team argued that Trump had legitimate reasons to be suspicious of the younger Biden's business dealings and concerned about corruption in Ukraine and that, in any event, he ultimately released the aid without Ukraine committing to investigations the president wanted.

Democrats say Trump released the money only after a whistleblower submitted a complaint about the situation.

Republican senators face a pivotal moment. Pressure is mounting for at least four to buck GOP leaders and form a bipartisan majority to force the issue. Republicans hold a 53-47 majority.

Sen. Susan Collins of Maine said she has always wanted “the opportunity for witnesses” and the report about Bolton's book “strengthens the case.”

At a private GOP lunch, Romney made the case for calling Bolton, according to a person unauthorized to discuss the meeting and granted anonymity.

Other Republicans, including Sen. Pat Toomey of Pennsylvania, said if Trump's former national security adviser is called, they will demand reciprocity to hear from at least one of their witnesses. Some Republicans want to call the Bidens.

Senate Majority Leader Mitch McConnell didn’t know about Bolton’s book, his office said. But the GOP leader appeared unmoved by news of it. His message at the lunch, said Indiana GOP Sen. Mike Braun, was, “Take a deep breath, and let’s take one step at a time.”

On Tuesday morning, Sen. John Cornyn (R-TX) said he and the other senators have heard full arguments on both sides.

"Yesterday I thought was particularly interesting when Professor Dershowitz made the point that nothing that's been presented now rises to the constitutional level of treason or bribery or high crime and misdemeanor," he said.

Cornyn said some decisions should be up to the American people at the polls.

Once the president’s team wraps its arguments, senators have 16 hours for questions to both sides. By late in the week, they are expected to hold a vote on whether or not to hear from any witnesses.