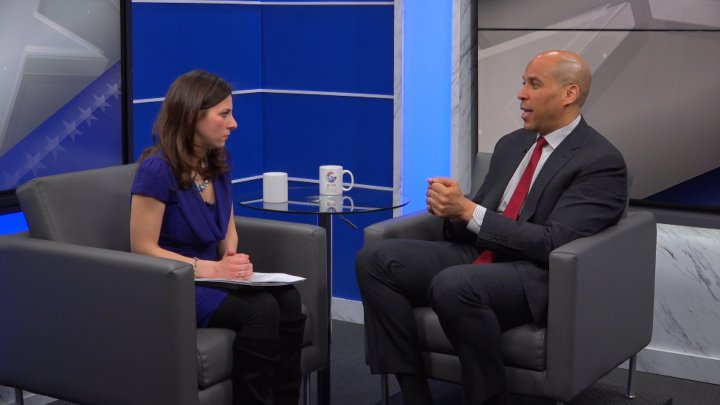 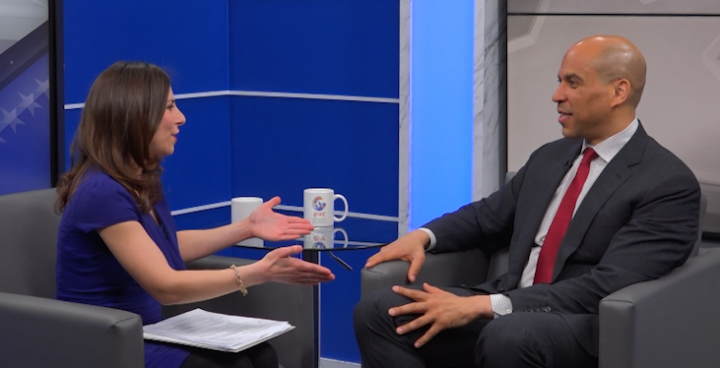 WASHINGTON (GrayDC) Senator Cory Booker is aiming for a seat in the Oval Office. Booker announced his 2020 campaign for President in February and he is no stranger to politics.

He grew up in Northern New Jersey and served on the Newark City Council at just 29-years-old. He was then elected as Newark’s mayor in 2006. After serving as the city’s mayor for seven years, Booker ascended to Senator in a special election, becoming the first African American Senator in New Jersey history.

Booker, now part of a crowded Democratic field, said his track record speaks for itself—he wants to unite the country and find ways to reach compromises in a tense political climate.

“We have overwhelmingly people with mental illnesses, people with addictions, these are folks that need healthcare and need treatment not jail which is more expensive,” said Booker.

He also wants to see marijuana legalized nationwide. Booker said there are economic benefits to legalizing the drug.

“Use those billions of dollars of resources to invest in our priorities from education, to job training and economic empowerment,” he said.

Healthcare is front and center on Booker’s campaign agenda. He said he will make sure every American has coverage.

“Healthcare is a right,” the Senator said.

If elected, Booker will also focus on helping families. He wants everyone to have the option of paid family leave.

“Look we're the only industrial nation in the entire world that doesn't have paid family leave.”

For Booker, it’s not just about solving issues here at home. The next president will face challenges abroad, from half a world away to right next door.

“We need to secure our borders…we need to invest in courts, and security, and new technologies as well as things that affirm the human rights of asylum seekers to our country.”

Booker said he would continue to pressure North Korean leader Kim Jung-Un to get rid of nuclear weapons.

“This is a global emergency,” said Booker.

But Booker said it is a team effort to deal with the nation’s issues.

The first Democratic candidate debates are set for June 26th and 27th in Miami.