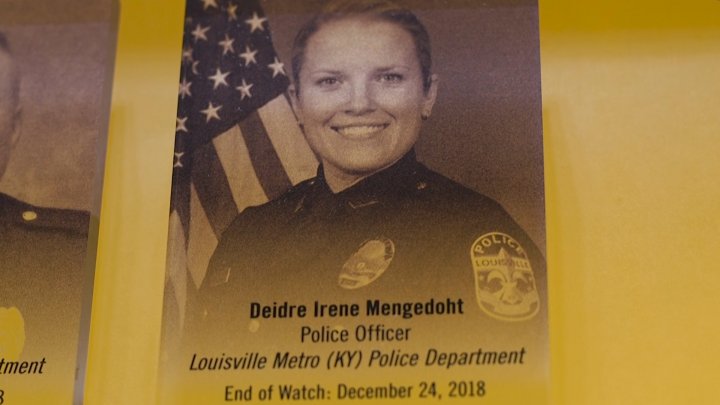 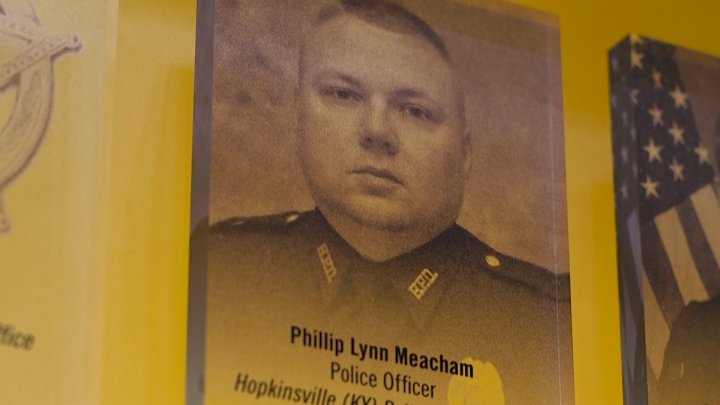 Their family and friends speak from the nation's capital on these tributes to those who die protecting and serving their communities.

Mengedoht's memory kept alive at the services in DC for fallen law enforcement. One of her supervisors says since her death, many are reaching out to the department to talk about what a difference she made in their lives.

“After she passed, we’ve had people come by the division and tell us how great she was – we had one lady come by and tell us she purchased her a Christmas tree," said Major Ryan Bates, Louisville Metropolitan Police Department.

"It was nice to have them come back and tell us that, how she had touched their lives.”

The officers who were killed on the job were remembered at a national memorial service at the U.S. Capitol Wednesday afternoon for national peace officers.

Last Christmas Eve, Mengedoht was killed by a suspected impaired driver in her patrol car. She’s one of 158 officers who died in service in 2018.

Mengedoht served on the force for seven years. She leaves behind a 10-year-old son.

Another Kentucky officer also honored for his valor at the services this week. Hopkinsville hero, Officer Meacham, was shot and killed while helping another officer go after a police impersonator.

Officer Meacham’s and Mengedoht's names are now etched into a national memorial wall for fallen law enforcement officers. Friends stop by to reflect on these great losses to their communities.

Meacham served with the Hopkinsville Police Department for one year – after 12 years of service with the Christian County Sheriff’s office. He leaves behind a wife, his daughter and parents.

History in the making as House is poised for proxy voting

History in the making as House is poised for proxy voting