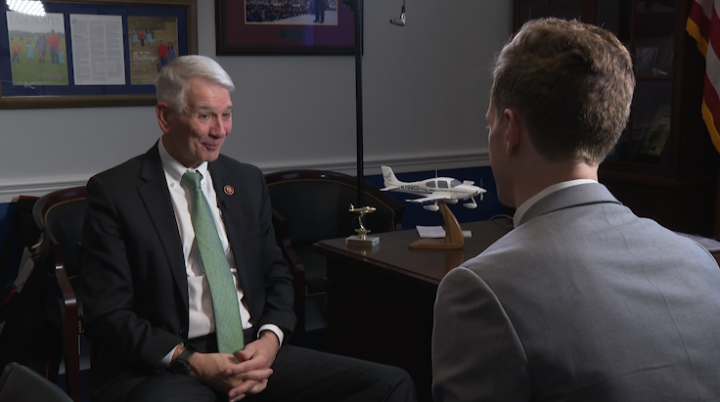 WASHINGTON (Gray DC) -- Rep. Ralph Abraham (R-LA) announced Wednesday he will not seek reelection in 2020, after making a pledge to only serve three terms for Louisiana’s 5th Congressional District. He says President Trump threw a bit of a wrench in his decision-making process after President Donald Trump told him on Air Force One that he would like Abraham to reconsider.

“Certainly it gives you pause but really it didn’t change my mind whatsoever,” said Abraham.

Abraham, a physician, was first elected in December 2014. He made a bid to become Louisiana’s governor in 2019, but was defeated by Republican Eddie Rispone, and eventual winner Governor John Bel Edwards. He says that political blow did not have an impact on his decision to put politics aside for the time being.

“Like all civic duties you do what you came to do and I think we’ve done that,” said Abraham.

He believes his district is doing better than it was before he took office as far as economic stability, military might, and agriculture are concerned. But he recognizes political divisions have grown in Washington and across the country since he took office.

“I wish we could find more common ground to pass more bipartisan legislation. The president wants an infrastructure package. So do I and I think so do most members of Congress on the Hill,” said Abraham.

Abraham does not think the president whom he staunchly supports plays a role in the national fracturing despite consistent polarizing language.

“I think he’s done exactly what he said he would do,” said Abraham.

As for his future, Abraham says he does not know what will happen as far as his political career is concerned. He would not answer questions about possible gubernatorial or Senate campaigns down the line.

“The very most honored thing that could happen to me is that I change this suit coat and go back and put my white coat on as a physician,” said Abraham.

Abraham still has nine months left representing his district in Washington. He would not say who he would like to see in his seat. But the congressman expects a flurry of candidates to jump in the race now that he officially announced he is sticking to his three-term pledge.