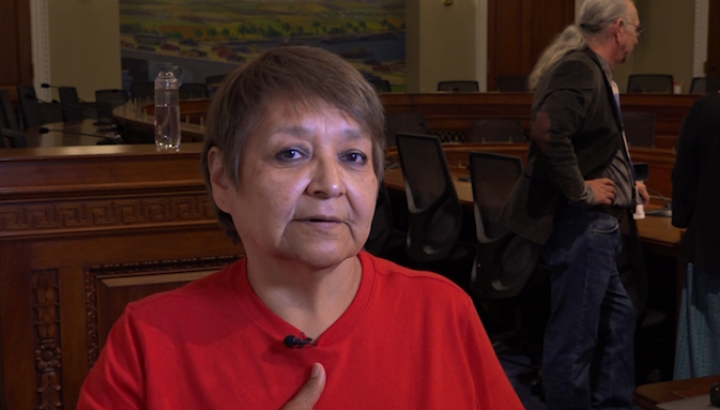 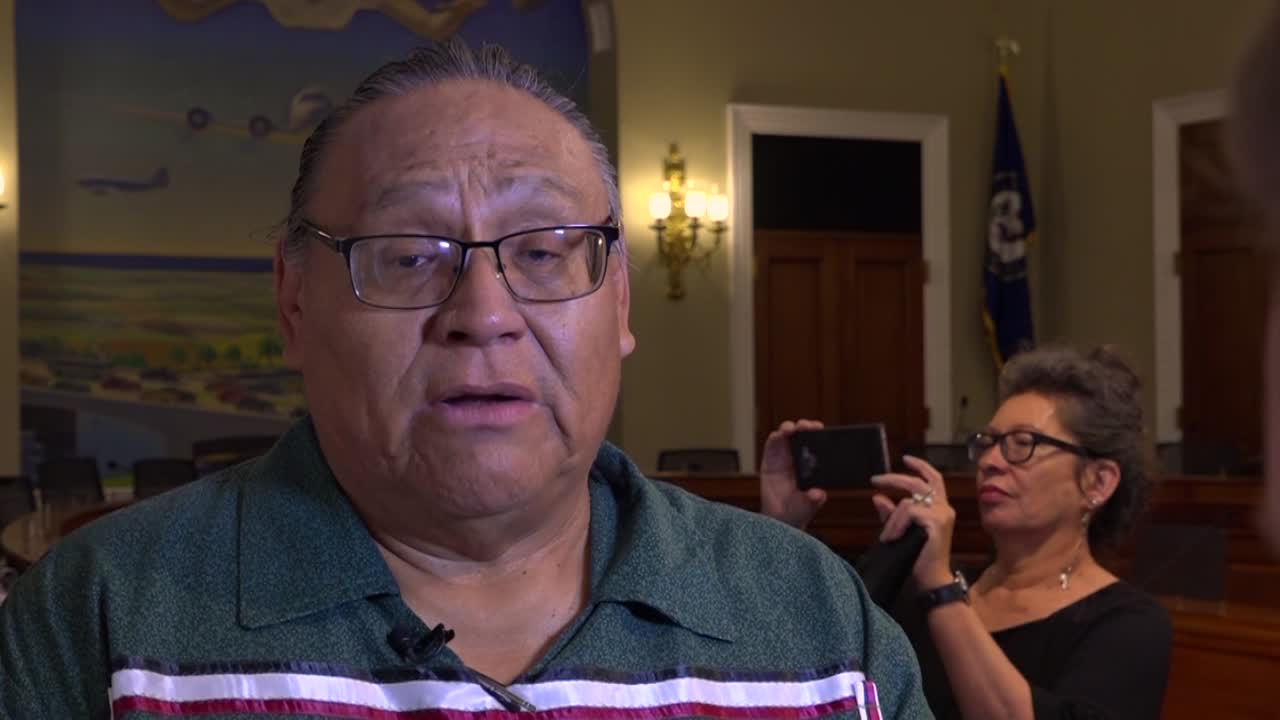 WASHINGTON (Gray DC) -- Well over a century later, descendants of those killed in the 1890 Wounded Knee massacre say they want justice for their ancestors.

Marlis Afraid of Hawk says her ancestors were treated horribly at Wounded Knee and she wants the Medals of Honor revoked. (Source: Gray DC)

The group from South Dakota traveled to Washington for the introduction of a bill, the “Remove the Stain Act,” that calls for the revocation of 20 Medals of Honor awarded to American soldiers who fought at Wounded Knee. The descendants of the Lakota that were killed, including women and children, say there was nothing honorable about the actions of the soldiers that day.

A bipartisan group of lawmakers is taking up the mantle on the issue, looking to pass this bill into law. Manny Iron Hawk, one of the descendants, says their support helps with the healing.

“I didn’t think it was going to be happening this quick. I thought it might be my children that would be doing this,” said Iron Hawk.

“We hope and pray that this will happen and it has been a long time coming,” said Marlis Afraid of Hawk, another descendant.

The legislation now waits for action in the House. Rep. Dusty Johnson (R-SD) says in a statement, “Wounded Knee is a tragic chapter in our nation’s history that we should all learn from. Medal of Honor recipients of today are held to a tremendously higher standard. It’s painfully clear from our history, the U.S. didn’t have these same standards in 1890. The Army has reviewed these medals in the past and I’ve been in conversations to determine whether another review may be warranted.”

Senator John Thune’s (R-SD) office also says, “It was a serious and tragic part of the state’s and nation’s history, and it still evokes emotion to this day, and that isn’t lost on (the senator).”

The U.S. Army was not available for comment on this legislative effort.

After organizing 49 Honor Flights, an Iowa veteran gets to be a part of one

After organizing 49 Honor Flights, an Iowa veteran gets to be a part of one