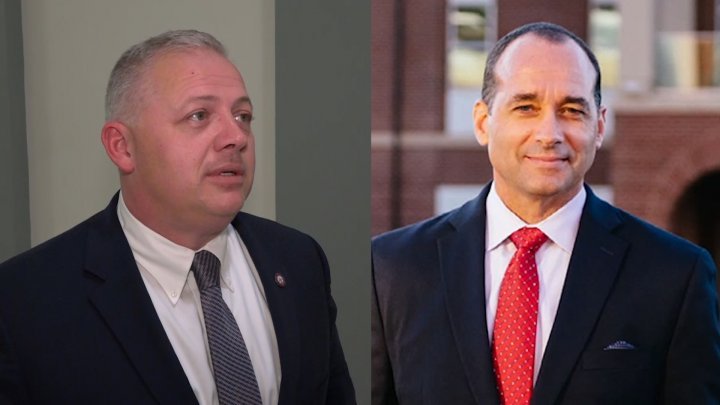 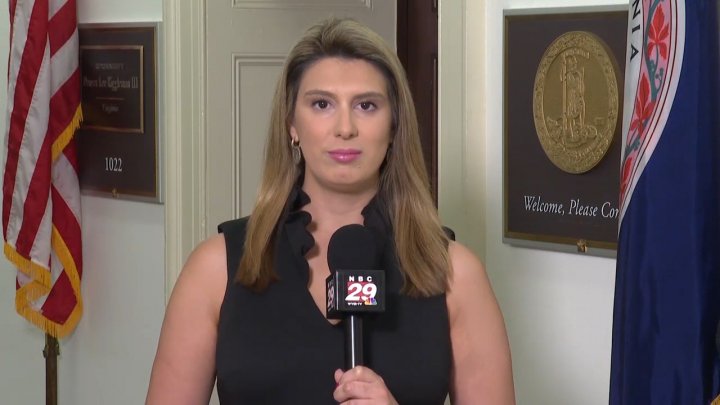 WASHINGTON (Gray DC) -- Virginia’s Fifth Congressional District may have new representation once again in Washington, DC next year. GOP Congressman Denver Riggleman was defeated in the party convention over the weekend, and he lost by 16 points to conservative challenger Bob Good. Now this shake-up is creating uncertainty in this year’s elections.

“Everything’s on the table,” said Rep. Denver Riggleman (R-VA) during an interview over Zoom with DC Correspondent Alana Austin. Riggleman says he’s not ruling out filing a legal challenge, or running as a third-party candidate.

“The Republican Party is broken, and someone like me needs to fix it, and I think the fear of me being in there is really what sort of precipitated this whole thing is that I’m not a politician like these people, and I scare the hell out of them," said Riggleman.

Riggleman – who is in his first term – is raising issues with the way the convention was run. He accuses organizers of corruption and paints a picture of a 'pay-for-play' atmosphere in the Virginia GOP world.

At the convention, he said there were excessively long lines, disenfranchising voters. He also complained that delegates needed to drive hours to make it to the voting location. Riggleman alleges the rules were designed by party insiders to favor his conservative opponent, Bob Good.

“It’s the worst way to pick a representative, especially when I would’ve won a primary in such a decisive fashion. It was stolen from me," said Riggleman, who argues an open primary would've been more fair than a closed-convention.

On the other hand, Good says he was the real underdog and was outspent 10 to 1. He did not have the advantage of being an incumbent, and he argues Riggleman’s voting record and stance on issues like immigration, marriage, and privacy rights were out of step with the base of the GOP.

“I think it was a victory for true conservative republican principles. I ran as a bright-red, Biblical and constitutional conservative," said Good.

Good says the other side has made inaccurate claims about him and his campaign.

“If you followed the campaign, they were subjected to quite a number of attacks and smear attempts and frankly a lot of dishonest attacks against me," said Good.

The chair of the 5th district GOP committee, Melvin Adams, says the allegations from the Riggleman campaign are unfounded. He spoke on the phone with Alana Austin Tuesday for a half hour and explained that in his view, the process was impartial and that both campaigns had to play by exactly the same rules. He says he ultimately believes Riggleman’s ground game was simply out-matched by the Good campaign. Adams says from his vantage point, Good built a campaign from the ground up within the community, while Riggleman relied on an outside firm to rally up delegates for the convention.

"That's really what it boiled down to. Everybody had the same time, the same rules. There was no advantage given to anybody. What turned the day was who did they connect with and who was out there supporting him and recruiting for them? And that made all the difference in the world," said Adams.

A controversy brewed when Riggleman, a libertarian-leaning lawmaker, officiated a same-sex wedding last year. Adams says he did not think that was the only issue that ruffled feathers among some conservatives in the district.

"There are a lot of things I like about Denver Riggleman. He's a great guy on a personal level," said Adams.

Adams says the response Riggleman had to concerns about his take on marriage alienated the base.

"There was never this sense of help me understand how you feel that way? It was like - look there will be no debate. This is the position I made, get over it," said Adams. "You don't attack your own base and expect to have success. It just doesn't work that way."

Republican Tom Garrett – Riggleman’s predecessor – endorsed Good the night before the convention during a radio show appearance. He says he was "disappointed" in several key votes Riggleman made when it came down to protecting privacy rights and limiting fiscal spending.

"He ran as someone who would support these things and voted the exact opposite," said Garrett.

Riggleman defended his record and said those votes were being misconstrued by Garrett.

Georgetown University politics professor Mark Rom says Good’s message as an unshakable conservative resonated with passionate Republicans who were more likely to turn out in a convention. But Rom says Good may struggle to attract Independents in November.

“The district still leans Republican, but I would not be shocked if the Democrats would be able to pick up that seat in November," said Rom.

It is not yet clear Good will actually be listed on the ballot in November. That’s because his campaign missed a filing deadline by three days, which Good says was due to a misunderstanding. It’s up to the State Board of Elections what happens, and the decision is supposed to be made at its July 7 meeting.

Good says based on past precedent, he expects his name will appear on the ballot in November.

“It’ll be such a clear contrast between myself and whoever emerges from that field…you’re going to have a socialist-Democrat from that field," said Good about the Democratic primary candidates in the race.

Rom says the ballot uncertainty could be another weakness for Republicans heading into the fall, as the possibility of launching a write-in campaign is challenging for candidates who do not hold a very high level of name recognition among constituents.

"It's really, really hard to win as a write-in candidate. The Congressional district does not have a long history with Bob Good. I think it would be very much of an uphill climb if people have to write in his name," said Rom. "To his benefit, his name is short and easy to spell."

The seat has seen so many changes over the past few years, going from Robert Hurt, to Tom Garrett, to Denver Riggleman. The district hasn’t gone blue since Tom Perriello’s win in the Democratic wave election of 2008.

“It should be a solidly Republican seat, but if you get a more extreme Republican candidate in a year that otherwise may well favor the Democrats, it’s possible – not likely – but possible that the Democratic candidate will be able to pull off a victory," said Rom.

Regardless of what happens, Riggleman says he's going to continue working hard for the constituents in the months ahead.

“I want to make sure I continue to help the 5th district. I still have a job to finish in the next six months. We have such good legislation," said Riggleman.

About the 5th district GOP convention, the Virginia Democratic Party said in a statement, "Virginia Republicans have completely lost touch with reality. Every year they nominate unpopular candidates with extreme positions, and every year they lose more and more races.”

The Democratic primary for the 5th district is scheduled for next Tuesday. Roger Dean Huffstetler, John Lesinski, Claire Russo and Cameron Webb are all vying to be the Democratic nominee.