'A good day': Trump claims victory with Mueller report out

WASHINGTON (AP) — For nearly two years, President Donald Trump and his allies sought to undermine special counsel Robert Mueller's Russia probe, attacking investigators' credibility and playing down their findings. As a redacted version of Mueller's report was finally released Thursday, Trump resorted to bluster, broadsides and falsehoods to try, once more, to frame the moment as a political victory.

It began even before the public glimpsed the two volumes covering 448 pages . The report included an account of how the president attempted to seize control of the investigation into Russian interference in the 2016 U.S. election and force out Mueller from leading the inquiry. But that didn't stop Trump from taking a public victory lap, declaring at a White House event that he was having "a good day."

Twelve times Trump took to Twitter in the hours before Attorney General William Barr outlined the findings of the report. The president proclaimed his innocence and insisted that the investigation was politically motivated. As soon as Barr concluded his remarks, and more than an hour before Mueller's report was released, Trump tweeted a taunt over an image inspired by the HBO show "Game of Thrones."

"No Collusion. No Obstruction," it said. "For the haters and the radical left Democrats — Game Over."

But the report does recount how Trump repeatedly sought to intervene in a probe that has hovered over the first two years of his presidency. And it says Trump had been agitated at the investigation from the start, reporting that Trump reacted to Mueller's appointment by saying it was the "end of his presidency."

At Justice Department headquarters, reporters buzzed around as they awaited Barr and then the Mueller report. A few blocks away, there was calm on one of the defining days of Trump's presidency.

The news media were led into the White House East Room, just before the report came out, for Trump's appearance with wounded warriors. While newsrooms across the country digested the report, the White House guests, already seated while waiting for the president to arrive, were entertained by the U.S. Marine Band. Among the selections played: "Somewhere Over the Rainbow."

"Knockout," read a text message from Rudy Giuliani, one of the president's attorneys, to reporters after Barr finished speaking.

A further statement from Giuliani and Trump's lawyers said "the report itself is nothing more than an attempt to rehash old allegations" and insisted that "the results of the investigation are a total victory for the president."

Current and former White House officials eagerly rushed through the report. They scanned for their names to see what Mueller had said about them and how he had characterized their testimony, and wondered how those depictions might sit with a mercurial president.

Staffers had been told by the White House to cooperate fully with Mueller's team and answer their questions truthfully. But many were nervous about Trump would react to their testimony and whether it would damage their relationships with him.

Talking points went out to Trump allies while his supporters' phones buzzed with text messages from the campaign looking to raise money off Thursday's developments.

"Now the tables have turned, and it's time to investigate the liars who instigated this sham investigation into President Trump, motivated by political retribution and based on no evidence whatsoever," said Trump's re-election campaign manager, Brad Parscale.

Donald Trump Jr, the president's eldest son, was featured prominently in the report for meeting with a Kremlin-connected lawyer at Trump Tower in June 2016. Though the report said "the campaign anticipated receiving derogatory documents and information" from Russians that "could assist Trump's electoral prospects," it said "the government would unlikely be able to prove beyond a reasonable doubt" that the participants at that meeting "had general knowledge that their conduct was unlawful."

Though a seemingly backhanded exoneration, the younger Trump tweeted a series of attacks on Democrats. "Better luck next hoax!" he said.

"We're accepting apologies today too," Conway told reporters, adding that Trump watched Barr, talked to his lawyers and was in "a great mood."

The president, who normally talks to reporters on his way out of the White House, declined to speak as he left to spend the Easter weekend in Florida. But he certainly seemed relaxed earlier at the military event. Presented with a small statue, Trump said it would have a permanent home "at least for six years, in the Oval Office."

As the audience applauded and laughed. Trump said he was going to joke and say "at least for 10 or 14 years, but we would cause bedlam if I said that." 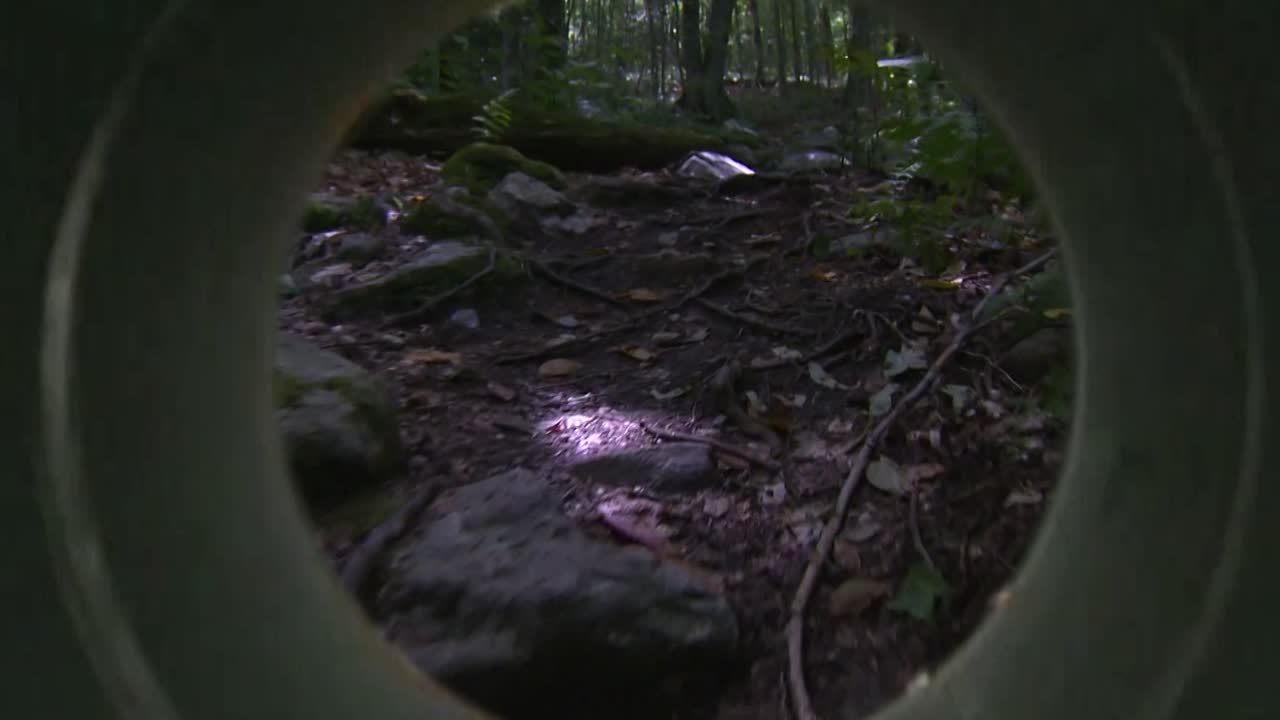 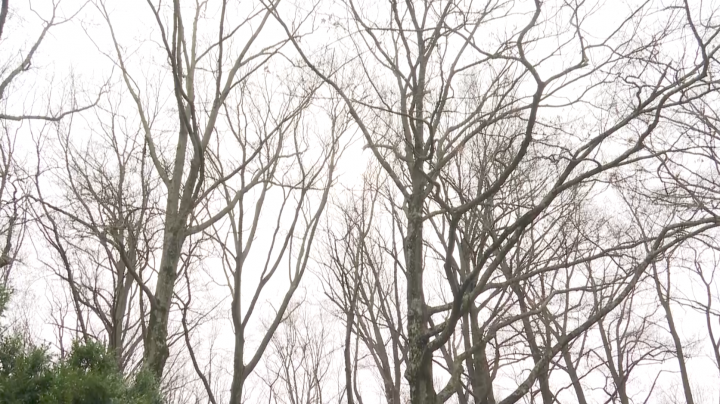 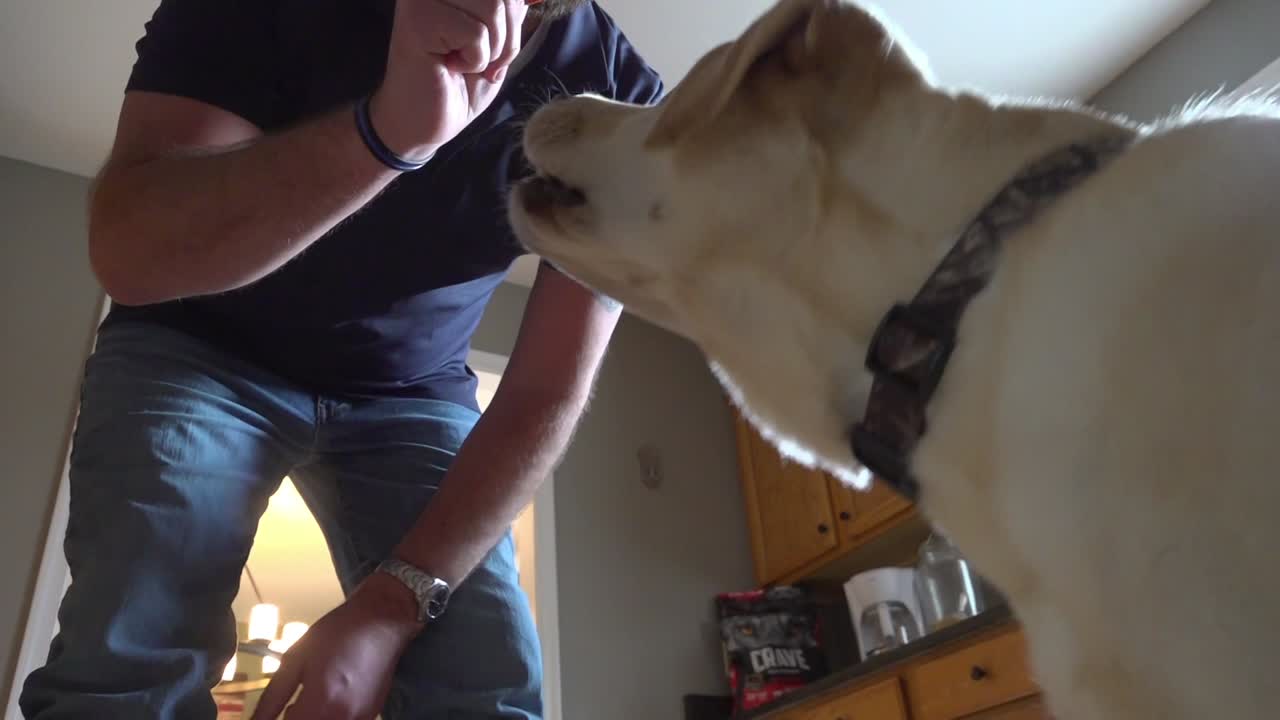